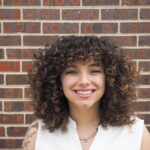 When we think of our pets and the care we provide for them, we often think of the physical necessities: food, water, shelter. But how often do we explore the mental realm of animal care and wellbeing? Do our pets experience similar mental or neuropsychiatric disorders and how are those treated?

Obsessive compulsive disorder (OCD) is often wrongly associated with overt cleanliness and a proclivity towards organization. The reality of OCD is far more complex and less worthy of the romanticization common in modern media. OCD causes intrusive thoughts known as obsessions and repetitive, time-consuming behaviours known as compulsions. An individual afflicted with OCD may, for example, feel the compulsion to lock and unlock their door exactly twelve times before bed each night.

Our canine companions can suffer from canine compulsive disorder (CCD), a disorder very similar in nature to human OCD. Neuroanatomically, CCD and OCD are quite similar; magnetic resonance imaging revealed a reduction in gray matter in both the anterior cingulate cortex and the anterior insula, indicative of altered activity in these areas for both conditions. Some examples of dog compulsions include tail chasing, paw chewing, and excessive grooming. A 2016 genome-wide association study and a 2017 genetic study found that CCD/OCD likely have a genetic basis, and some research has even indicated that specific compulsions may be passed on. Similarly, both animals and humans suffer from anxiety. Generalized anxiety disorder (GAD) in humans involves both psychological and physical symptoms, such as reduced heart rate variability. Likewise, a 2017 study found that canines affected by anxiety-related behaviour are also likely to experience reduced heart rate variability.

Although dog owners and veterinary professionals typically focus on an animal’s physical wellbeing, it is important to consider the complex
mental disorders that may arise and address them accordingly.

Treatment plans for pets diagnosed with neuropsychiatric disorders may include the following:

Forms of pharmacological intervention in companion animals are similar to those utilized in human medicine. Fluoxetine, for example, is a selective serotonin reuptake inhibitor (SSRI) used to treat both depression and OCD in humans. Fluoxetine has been utilized to treat
compulsive disorders, phobias, anxieties, and fears in companion animals. Tricyclic antidepressants (TCAs) such as clomipramine and serotonin receptor antagonists and reuptake inhibitors (SARIs) such as trazadone may also be used.

Pharmacologic intervention should be preceded by a physical exam and followup is critical to case management. Before prescribing medications, it is important to set expectations regarding efficacy and treatment duration with the client. Ultimately, mental health is complicated for both humans and their companions.

Cookies and Tools: Heska and its business partners collect information about you by using cookies, tracking pixels and other technologies (collectively, “Tools”). This information is used for user experience purposes, where it serves to provide Heska a better understanding of customer behavior and where this customer behavior information will drive customization and improvement of the user experience with our websites, services and offerings. This data may be used as well as to guide our advertising decisions. For example, using web analytics services that leverage these Tools helps us to understand how user engagement with and navigate of our Site, e.g., the number of visitors to a page and when. These Tools also help Heska to deliver content and functionality on the site based on your preferences and interests. If you have provided us with personal information, e.g., through a registration or a request for certain materials, Heska may associate this personal information with information gathered through the Tools, giving us the capability to offer increased personalization and functionality.

The third-party cookies used on our websites are used mainly for understanding how the website performs, how you interact with our website, keeping our services secure, providing advertisements that are relevant to you, and all in all providing you with a better and improved user experience and help speed up your future interactions with our website.

This is an necessary category.

This is an non-necessary category.